The 'Sneakin'est' Man that Ever Was

*We are only able to ship in the USA at this time. If you are out of the country and would like a copy, please contact the author below. 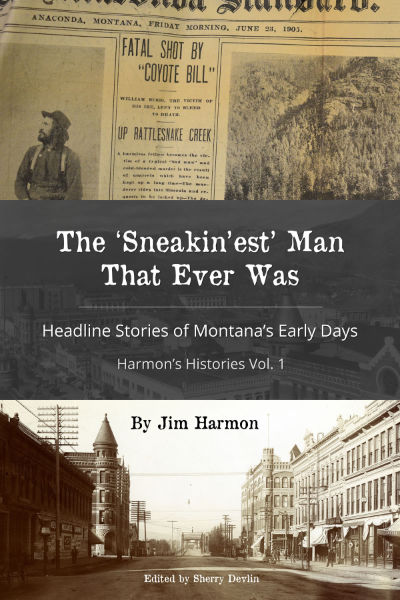 The quill-drivers of early-day Montana documented it all – the swell-set entertaining lavishly, enjoying Herr Daniel Bandmann’s Shakespearean productions at the opera house, while the saloons and houses of Missoula’s “Midway Plaisance” gave the city a reputation as one of the worst places in the state for drug-related crime and murder.

Unfortunately we don’t know most of these early journalists’ names. It’s a shame – what great writers they were. Many of the more biting articles were likely penned by the editors of the papers but that will have to remain a mystery. There were no by-lines back then.

If you always thought history teachers and history classes were boring (with notable exceptions like U-M’s K. Ross Toole and a few others), you’re in good company with this author.

What follows is not a history book – It’s a collection of Jim Harmon’s short stories based on actual newspaper accounts from the latter 19th century in the Western Democrat, Northwest Tribune, Missoula Weekly Gazette and other papers. Also included are some tales passed along from family and friends.

You’ll meet characters like Missoula’s Coyote Bill and Libby’s Dunn Creek Nell. You’ll read about visiting celebrities Al Jolson and Mark Twain. You’ll likely be both impressed and troubled by accounts of progress and prejudice, while being delighted by quirky accounts of a kangaroo in St. Regis and chicken fanciers in Missoula – and, you’ll need to know the lingo of the day. 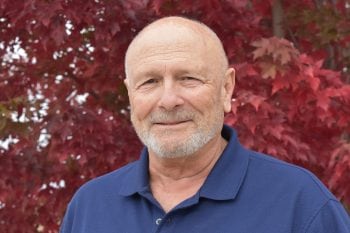 Jim Harmon is a retired journalist whose near-fifty-year career included three decades in Missoula, in roles ranging from TV reporter and news anchor to weather forecaster.  In retirement, the Montana native is a history buff who’s spent a decade researching long- forgotten stories in Montana newspapers.

It started with an 1894 microfilm. “I couldn’t stop reading. I went through everything from the front page to the classifieds. Thirty old maids secured adjoining quarter sections in the Cherokee Strip. Harry Thompson’s nag was stolen. Then, there was the hilarious story of a local turkey heist – all this, on the front page!

“I discovered a Missoula and a Montana I’d never known – everything from train hijackings to a tongue-in-cheek society column under the non de plume, ‘Violette Gleamer.’ I was hooked.

“I started transferring the microfilm to digital files, cataloging the stories and sharing them with friends. In 2016, I began sharing them more widely through a weekly column in the Missoula Current newspaper (missoulacurrent.com). Readers encouraged me to put some of these long-lost gems into a book. So, here you are – 46 stories from Montana’s early days!”

Jim Harmon is single-handedly responsible for uncovering and presenting gems of local history, fascinating characters and events that would have otherwise been buried. Jim’s contributions to tracking down and documenting our area’s interesting history provides an important—and entertaining—service by helping ground we citizens in our community’s heritage.
Ted Hughes - Curator of Collections
The Historical Museum at Fort Missoula
When it comes to preserving the history of Montana news and the headlines our ancestors read, Jim Harmon in unsurpassed. Weaving past news stories with today's current events is a gift to the Treasure State and a continuous reminder that the past really does repeat itself.​
Martisa Georgiou-Hamilton
TV/Anchor/Reporter, NBC Montana
Just in time. We're damn near dying for something good to read! Our history is fun because of Jim Harmon. He knows how to write and does so with grace, interest & humor.”
Gary Gillett
Director, Missoula City Band & Author
Want a story? Jim is the most excellent resource to find it for you. Montana's past at his fingertips.
Kay Strombo
Mineral County Museum
Harmon applies his wit and humor to tales of Montana’s past. He ably digs into the dustbin of history to reveal some of the most unusual characters that lived in our state.
Diana L. Di Stefano, Editor
Montana The Magazine of Western History

Get your copy today

The 'Sneakin'est' Man that Ever Was

© 2020 Harmon’s Histories. All rights are reserved